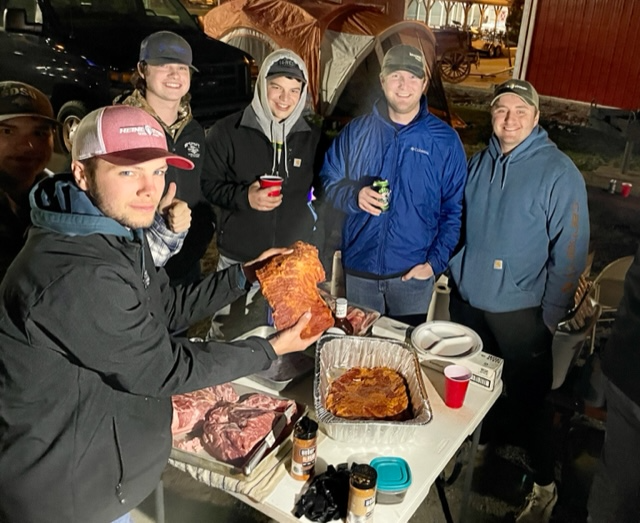 This year’s National Barbecue Competition, held March 25-26, was one for the history books with unwavering attendance despite a two-year hiatus due to the pandemic.

Brother Chad Bradshaw, the Tennessee Alumni Chapter President, said the event drew 16 competing teams, which is within the 16 to 20 teams range they normally would see at the National BBQ Competition. Some of which drove from the Dakotas and New York, who were among those who had to travel the farthest.

Even after two years, the competition carried the same atmosphere it did before the COVID-19 pandemic.

“It was the exact same event as it was two years ago,” Brother Bradshaw said.

He explained the competition only allows for 5 members per team, but many chapters would bring close to 30 brothers from their chapter to camp out and spend quality time with one another. Although many of the teams were seasoned competitors from previous National BBQ Competitions, Brother Bradshaw said he saw many new faces among competitor and campers, giving this event a breath of freshness and a pinch of excitement for himself, Brother Tracey Binkley, who came up with the idea in 2014 to hold a BBQ Competition, and others hosting the event.

Brother Bradshaw said roughly 40 alumni were in attendance throughout the events. Cold weather had rolled in that Saturday, which Brother Bradshaw believes deterred some alumni from hanging out with the competitors and campers throughout the day. Fortunately, more alumni attended the banquet that evening and participated in the judging.

Among those who attend was Alpha Gamma Rho CEO, Rex Martin, who said the event was a success that he hopes to see continue in future competitions.

Dates for next year’s National BBQ Competition have not been set, but Brother Bradshaw said to be on the lookout for email updates.