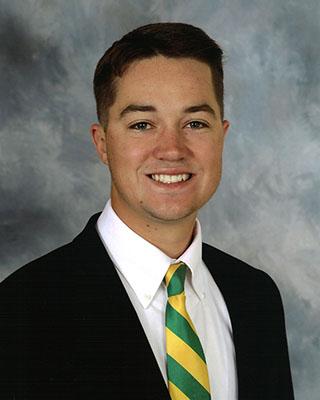 This eight-man Council will work alongside many of AGR's National Leaders to review and discuss issues and trends on a National Fraternity and Greek-wide level. Additionally, the Council will offer their opinions and suggestions on the direction of the Fraternity, attend National Board Meetings and serve as an Ambassador for AGR. The Council is made up of four regionally-based and four at large members.

Joining the Council is Matthew Schorner, a junior at Florida Southern College who was initiated into the Gamma Alpha Chapter in September of 2016. In 2017 and 2018 Brother Schorner served as Gamma Alpha's VNR of Planning before being elected to Noble Ruler in January 2019. During his tenure at Florida Southern College, he has been Vice President of Public Relations for the Interfraternity Council and was Vice President of the Florida Southern Fishing Team. As a crop science major focusing in citrus and accounting, Matthew is looking forward to an internship this summer as a citrus soil sampler for Syngenta Crop Protection. Matthew is serving the Collegiate Advisory Council (CAC) as an at large member.