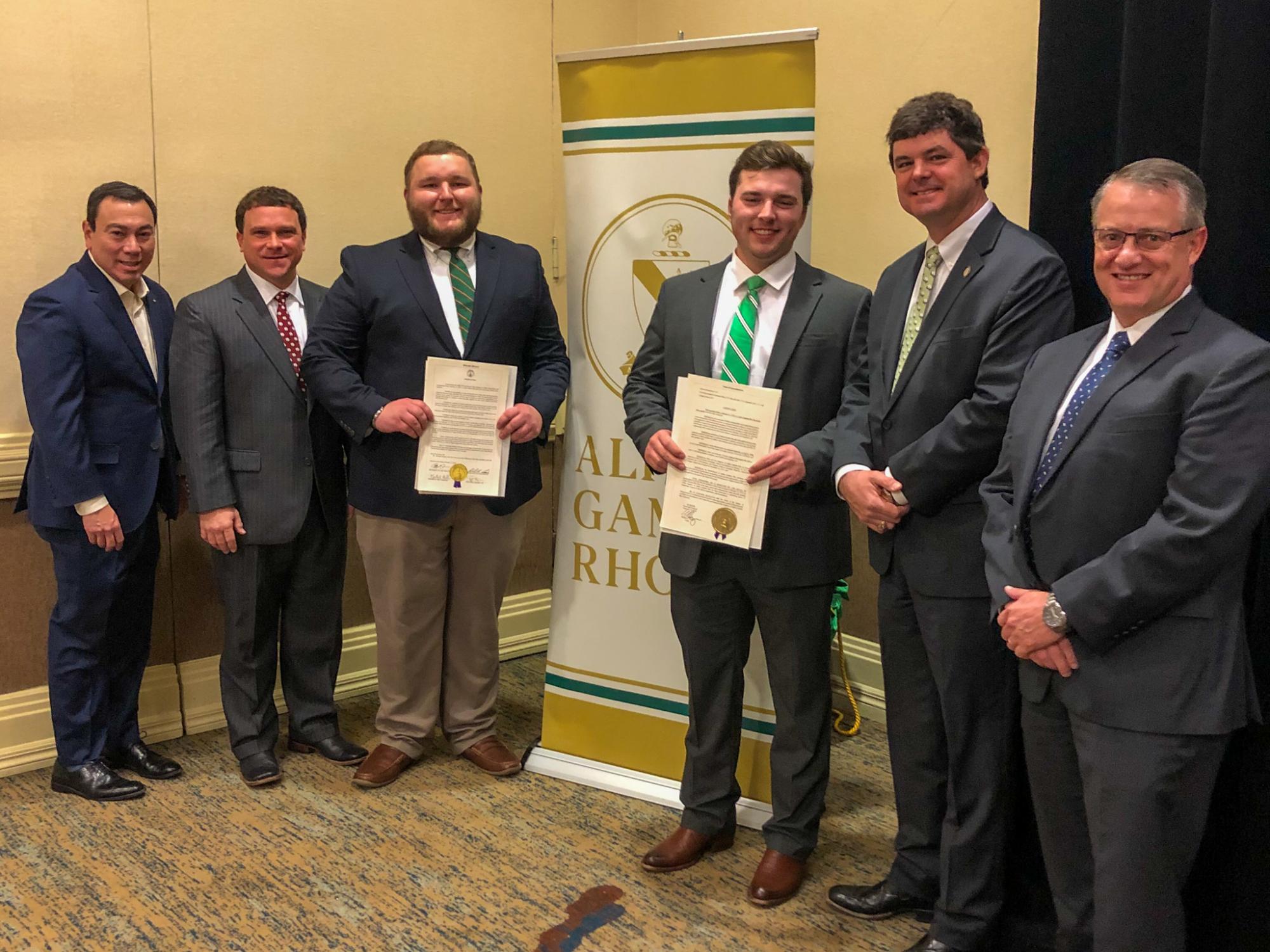 The resolutions commend the chapters, “for their dedication to upholding ideals of leadership, success in the field of agriculture, and brotherhood.” The documents continue to recognize Alpha Gamma Rho for its principles that aid in guiding its members through their college careers, recognizing the organization as an asset to the state of Georgia.

Georgia State House Resolution 1154 came from Representatives Watson of the 172nd District, McCall of the 33rd District, Campbell of the 171st District, and Corbett of the 174th District.

Georgia State Senate Resolution 789 came from Senators Harper of the 7th  District, Ginn of the 47th District, Wilkinson of the 50th District, and Black of the 8th District.

The Alpha Eta Chapter gives back on UGA’s campus through UGA Miracle, which raises money for families who need specialized care for their children. The Gamma Delta Chapter raises money through a Barrel Race on ABAC’s campus raising money for the Alzheimer’s Association. Both chapters are impacting their communities and Making Better Men.