Colony to Chapter: Earning a Reputation on Campus

Gamma Zeta Chapter at Arkansas Tech University (ATU) is the newest installed chapter of Alpha Gamma Rho Fraternity. In a time when Greek life has become highly controversial, the men of the former Alpha Gamma Rho colony set out to prove something before becoming an official chapter, and quickly earned themselves a reputation on ATU’s campus. 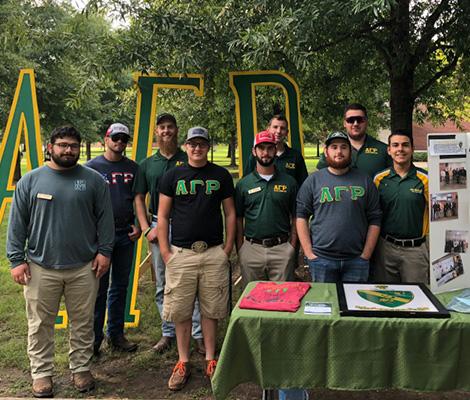 Brothers of the AGR colony at Arkansas Tech University were able to showcase their strengths in activities, philanthropies, and academics during their campus involvement fair

As a colony, the collegiate men at ATU took Alpha Gamma Rho’s values seriously and inspired “a pursuit of academic excellence” on campus. For the spring 2017 semester, the collegiate brothers raised the scholastic achievement bar on campus – earning the highest fraternal GPA with a 3.28 cumulative GPA. With the majority of members studying agriculture, brothers within the colony studied together and helped one another stay involved within the university’s Department of Agriculture.

Alpha Gamma Rho has quickly become an important asset of ATU’s Department of Agriculture, being heavily involved in all of the departmental activities from academic to social functions.

The First to Help

The colony also has earned a reputation on campus for their high level of community service and philanthropy. Throughout the last two Christmas seasons, the colony filled many of the volunteer roles for a community-wide event to help raise money for the local Boys and Girls Club. The men also support the Angel Tree Project—an effort that provides gifts and clothing to children in need. In 2017, they adopted fifteen children to support through the program. Gamma Zeta Chapter also worked with the Arkansas Department of Agriculture to support the Arkansas Special Olympics through the Polar Plunge Challenge. In 2017, the men raised nearly $2,000 through their efforts – which was over half of the total proceeds raised by the entire department.

“This group of men is consistently the first ones to help out,” said Emily Schlaf, a Graduate Assistant for Greek Life at Arkansas Tech University.

Seth Harrison, Vice Noble Ruler of Membership Development for Gamma Zeta, said he is proud to represent AGR and that his involvement has helped him develop interpersonal skills to make friends and grow outside of his comfort zone.

“AGR helps me keep growing through fundraisers and philanthropy, which have given me more confidence and helped me become a better man,” said Harrison. 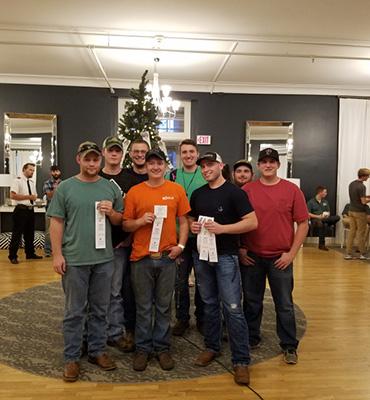 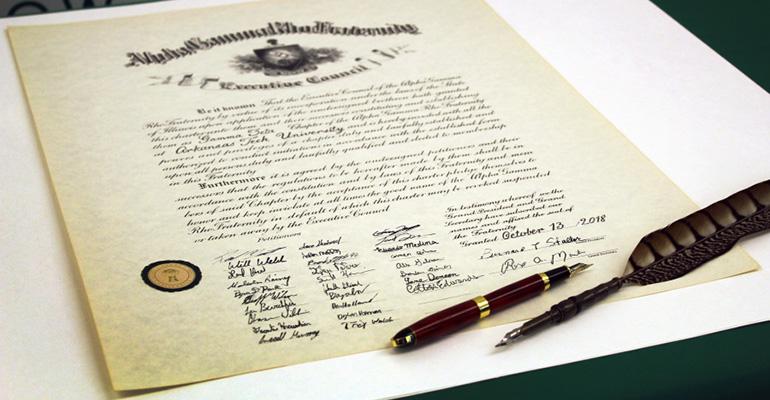 Since the spring of 2016, the group of over 20 collegiate men worked hard as a colony to represent AGR and the Greek community through their excellent scholastic and community service records. Within the last two years, the group has grown to become one of the larger fraternities on campus with a great social and professional reputation.

The AGR colony has been looking forward to becoming an official chapter and the men are excited to have the full resources of the National Fraternity and their Interfraternity Council. The group expressed their hopes of eventually having a chapter strong enough to own a chapter house in the future.

During Business Session II of the AGR National Convention on Friday, August 3, 2018, AGR’s colony at Arkansas Tech University petitioned to be installed as an official chapter. The delegation of the 2018 National Convention was impressed with their membership petition and enthusiastically voted to welcome the colony as the Gamma Zeta Chapter. Gamma Zeta Chapter of Alpha Gamma Rho at Arkansas Tech University was officially installed on October 13, 2018. 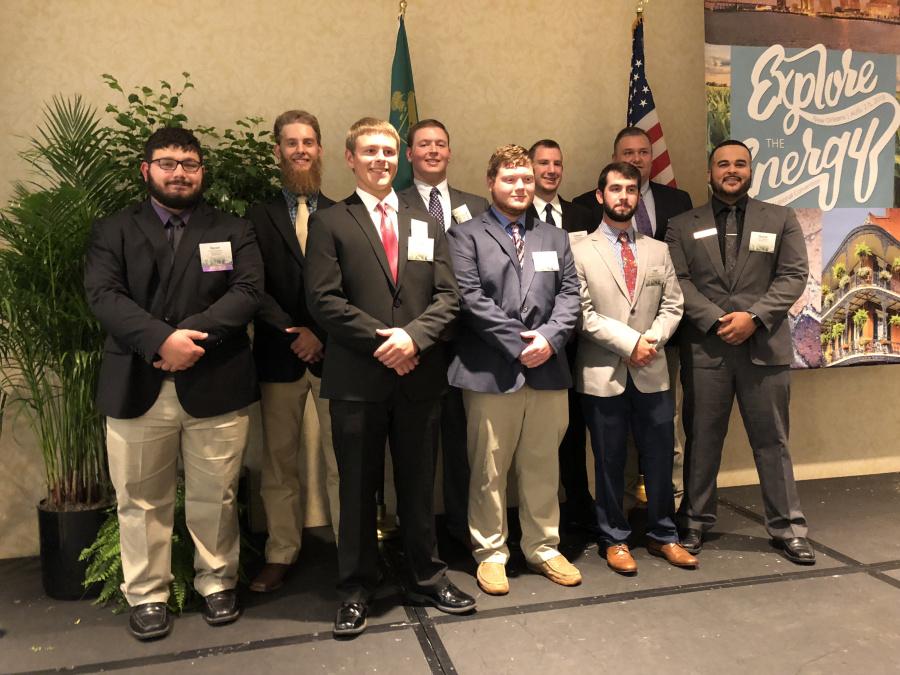 Brothers pose for a group photo at the 65th AGR National Convention, moments after the colony was voted to become an official chapter of Alpha Gamma Rho.