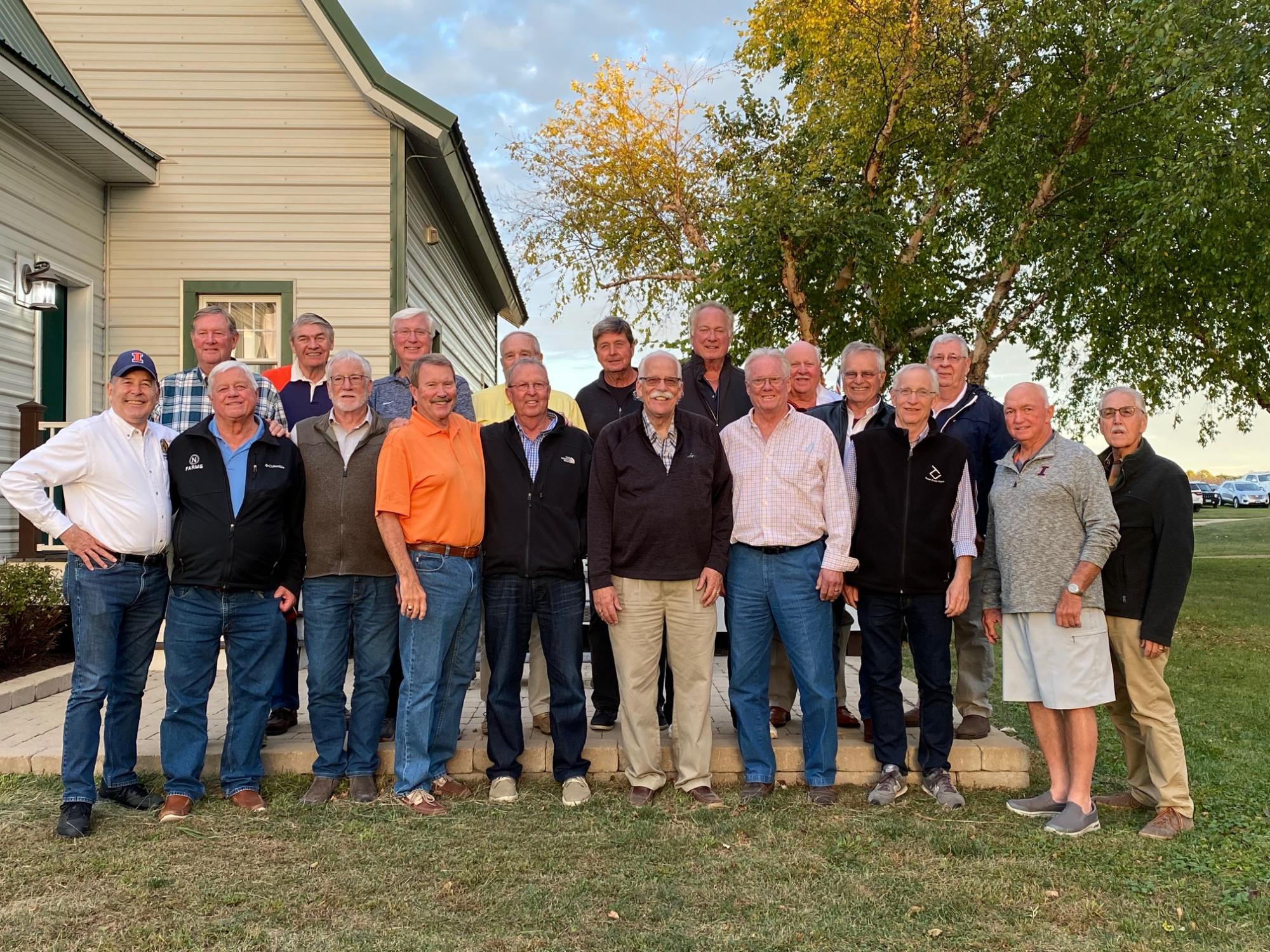 Brother Larry Gerdes hosted the reunion at his farm in Princeton, Illinois. He noted 26 brothers attended the event from both classes and in total roughly 45 people attended, including spouses.

“It was fantastic,” Brother Gerdes said. “We had a great time.”

He explained the group met Saturday afternoon, and had some time to chat and catch up with one another. They had a catered dinner, along with spending time around a bonfire telling stories. Brother Gerdes said many brothers stayed at local hotels and the next morning they met for brunch at his farm.

Gerdes said they spent most of the time talking about where each brother is in life now and reminiscing about the past.

“There were several people we hadn’t seen for 50 years,” Gerdes said.

He explained living in the Alpha Chapter house together played a big part in the men they became. Many of the brothers from the classes of 1970-71 learned etiquette skills and created many memories together while part of Alpha Gamma Rho in college.