1st Annual AGR Fall Shoot Out a success in the Northeast

In total, 38 brothers participated, ate, and tested their shooting ability with fellow AGR’s from the Northeast.  Clays zipped in and out of the trees, sailed from across the quarry, hopped along the ground and kept us guessing where the next one would appear. Targets were thrown as singles, report pairs (the second target launched at the sound of the first gun shot), or simultaneous pairs (both targets thrown at the same time).  Undergraduate Brother Jesse Platt from the AGR Colony at SUNY – Cobleskill was the champion shooter, hitting an amazing 88 out of 100 targets!

“I started this event because at a recent AGR Leadership Seminar that I attended, I learned that there were over 500 AGR’s within 50 miles of Philadelphia,” said Brother Adam Manwarren, the newly appointed Regional Vice President for the Northeast.  “I have lived in this area for 10 years and I didn’t know a single one of them.  In the end, I enjoyed watching the undergraduates from different chapters who held the same Exec roles share ideas casually and learning that a couple of the area alumni from different chapters connected after learning that they lived within 10-15 minutes of one another for the past 12+ years.”

In total, brothers from 10 different chapters across the country were represented.  The feedback from the event exceeded everyone’s expectations.  Brother Carter Hoffman (SUNY – Cobleskill) said “… thank you again for giving us the opportunity to be in that shootout. Everybody had a blast and more brothers are excited to attend it next year.”  The 2nd Annual Fall Shootout is already being planned for next September or early October, pending facility availability and area football schedules.  If you want to participate in this event or other future events in the Northeast, please reach out to Adam Manwarren for more information.

This event was made possible by an AGR Sayre Grant and more than $2,000 was raised to benefit the Educational Foundation of Alpha Gamma Rho. 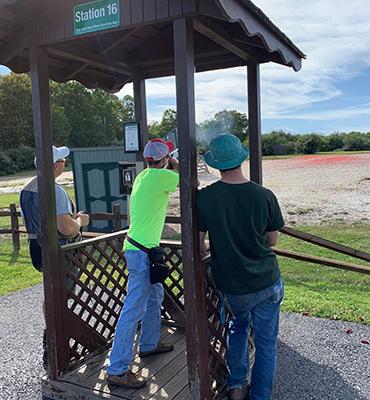 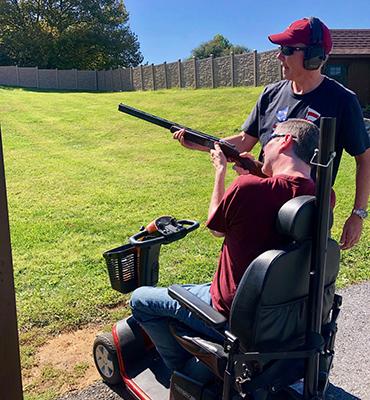